Duhok (Kurdish: دهۆک‎, Dihok, Dahūk; Syriac: Nohadrā; Arabic: نوهدرة‎ Nōhidrāh;) is the capital of Duhok Governorate in Kurdistan and part of Iraqi Kurdistan, with a population of approximately 350,000 inhabitants, consisting mostly of Kurds, with a significant Arab and Assyrian population. The city is encircled by mountains along the Tigris river. Dohuk has a growing tourist industry. Its population has increased rapidly since the 1990s, as the rural population moved to the cities. The University of Duhok, founded in 1992, is a renowned center for teaching and research.

Living in Duhok City
Duhok has justly captured the eye of the international community with its steadfast progression into a leading educational, cultural, financial and commercial center in Iraqi Kurdistan, with particular importance placed on foreign investment.

The strength of its educational and scientific provisions has also helped Iraqi Kurdistan to develop various knowledge-based industries.

Further expansion and development in the last decade and a half has moved Duhok towards an updated architectural legacy wherein lies a compact city of approximately one million people.

Located on the international highway between Iraq and Turkey, Duhok Governorate (the north-western governorate of Iraqi Kurdistan) has become a nodal point for trade and communication.This advantageous geography provides its citizens with easy access to major neighboring coastlines, historical mountain sites and valleys, the countryside and urban hustle and bustle, with ready made opportunities for recreation, travel and employment.There are also regular services from Erbil Airport,150 km south of Duhok, for direct flights to various international airports. The city is in close vicinity to the Ibrahim Khalil Turkish-Iraqi border, with a maximum 45 minute drive.

Convenient transportation to major cities within the Iraqi Kurdistan region are available for safe and easy commute. Locals are also invited to take advantage of the taxi and local bus services as the most convenient means of transportion.

Duhok is a pastel city with its many buildings painted in blues, pinks, oranges, greens, yellows and browns.

Situated about 450 meters above sea level, the city lies in a broad valley between two mountain ridges situated at its north and its south. The western end of the valley rises to become an undulating plain some 300-600 meters above sea level, while its eastern end is intersected by mountains which reach as high as 3,286 meters above sea level. Despite the hot summers, the climate is considered to be especially pleasant with relatively long spring and autumn seasons.
The presence of four full seasons has turned Duhok into a city of fine gardens, elegant parks, and open spaces of beauty and luxury.

Although Kurdistan has been divided by international borders, it has never lost its identity as a separate nation; Duhok has remained the center of its uniqueness, which itself can provide an incentive for studying in Duhok. Rich in its ancient heritage and located on the historical “silk highway,” Duhok hosts many historical sites and ruins both in and around the city. Hallamata Cave (Eshkefta Hallamata) at its western entrance contains sculptures that are thought to belong to the period 705-681 BC. Other sculptures found near Duhok Valley were discovered in a cave in the northern mountain ridge and are believed to have formed part of an ancient Zoroastrian temple.

Duhok city is a multi-cultural, multi-religious community with a predominantly Kurdish population. Muslims, Christians, and Yezidis live side-by-side in harmony, merging together to recognize each others’ many traditional festivals, cultural events and religious holidays in a spirit of friendship and celebration. The majority of the population speaks Kurdish – the predominant language throughout the Kurdistan Region. In recent years, particularly after the uprising of 1991, the city has experienced remarkable progress in its social fabric and sustained a unified harmony. 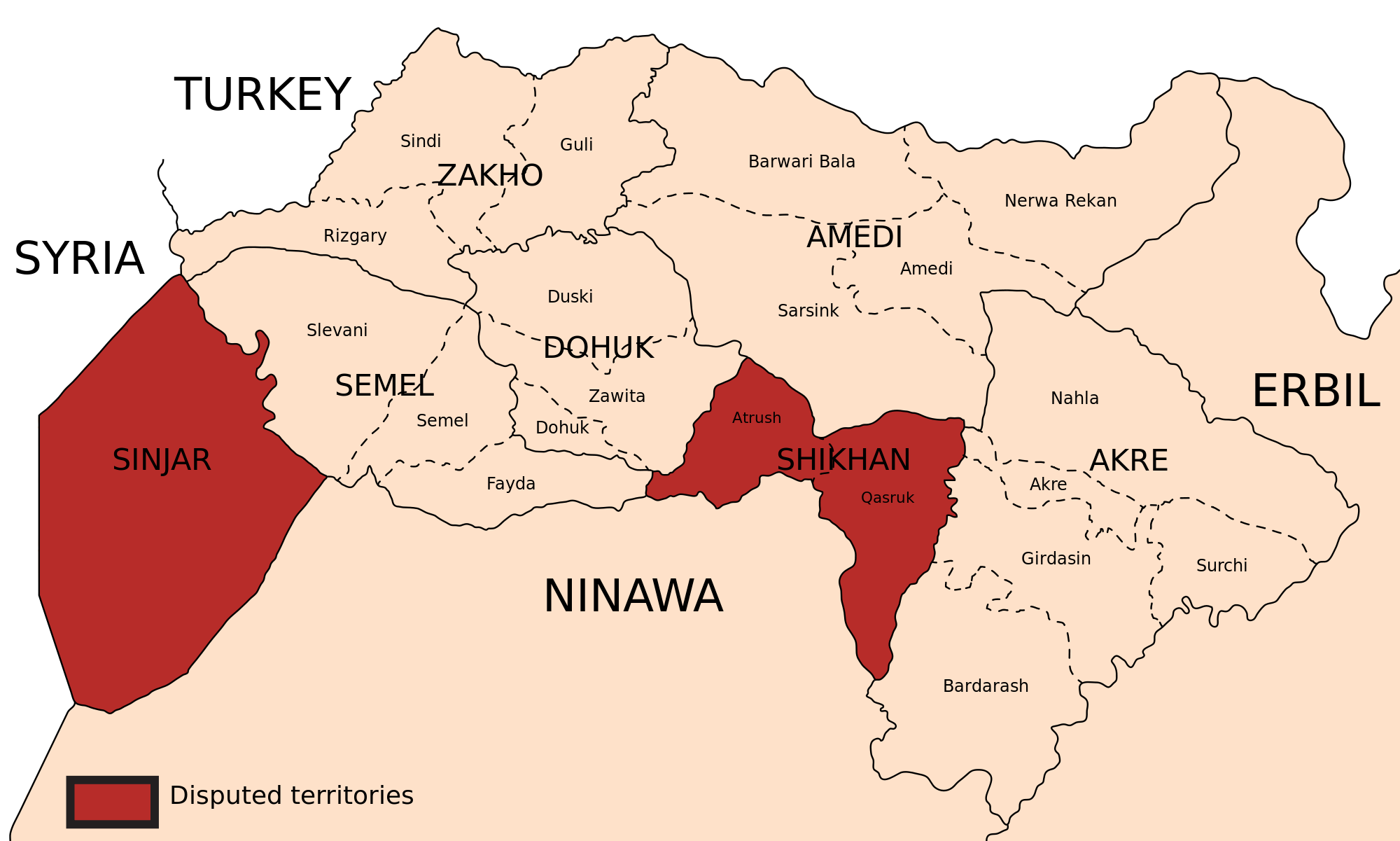 Located in the heart of the city’s downtown market, you will have access to many sites: Mazi Dream City amusement park at the entrance of Duhok City; Duhok Dam in the graceful subterranean Duhok Valley, overlooking the city with its high reaching mountains and fresh waterfalls; The Grand Mosque – the oldest mosque in Duhok, now at the heart of Duhok Bizarre; Saint Ith Ilaha Church, situated on the west hill, known as the oldest church in Duhok, dating back to the sixth century A.D. next to which lies one of the oldest graveyards; Duhok Gallery of fine Kurdish paintings, artifacts, folklore and heritage situated in the city center; three legendary historical caves; Duhok’s Football Stadium located at the center of the city; numerous small stadiums decorated in the vibrant colors of the Kurdish flag, which act as mark posts in all directions within the city; and summer vacation resorts for tourists, newcomers and locals.