Baghdad (Arabic: بغداد‎ Baġdād, Kurdish: Bexda‎, Iraqi pronunciation: [bɐʁˈd̪ɑːd̪]) is the capital of the Republic of Iraq, as well as the coterminous Baghdad Province. The population of Baghdad, as of 2011, is approximately 7,216,040, making it the largest city in Iraq, the second largest city in the Arab world (after Cairo, Egypt), and the second largest city in Western Asia (after Tehran, Iran). According to the government, the population of the country has reached 35 million, with 9 million in the capital.

Located along the Tigris River, the city was founded in the 8th century and became the capital of the Abbasid Caliphate. Within a short time of its inception, Baghdad evolved into a significant cultural, commercial, and intellectual center for the Islamic world...

Duhok (Kurdish: دهۆک‎, Dihok, Dahūk; Syriac: Nohadrā; Arabic: نوهدرة‎ Nōhidrāh;) is the capital of Duhok Governorate in Kurdistan and part of Iraqi Kurdistan, with a population of approximately 350,000 inhabitants, consisting mostly of Kurds, with a significant Arab and Assyrian population. The city is encircled by mountains along the Tigris river. Dohuk has a growing tourist industry. Its population has increased rapidly since the 1990s, as the rural population moved to the cities. The University of Duhok, founded in 1992, is a renowned center for teaching and research.

Living in Duhok City
Duhok has justly captured the eye of the international community with its steadfast progression into a leading educational, cultural, financial and commercial center in Iraqi Kurdist...

Human settlement at Erbil can be dated back to possibly 5000 BC, and it is one of the oldest continuously inhabited areas in the world.[1] At the heart of the city is the ancient Citadel of Arbil. In the early part of the 3rd millennium BC, the Hurrians from Asia Minor were the first to establish Urbilum and expand their rule to parts of northern Mesopotamia... 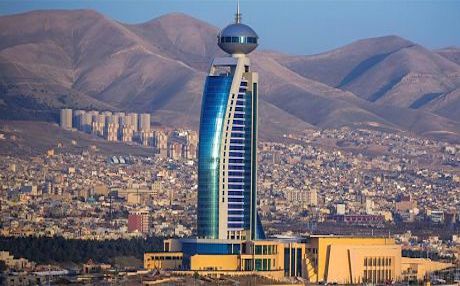 The modern city of Sulaymaniyah was founded on 14 November 1784 by the Kurdish prince Ibrahim Pasha Baban who named it after his father Sulaiman Pasha...